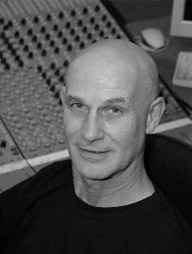 Profile:
In 1970, Digby started his studio career as a staff engineer for Island Records and later became the chief engineer for all of Islands UK studio division. Digby is renowned for his eclectic repertoire having worked with artists ranging from The London Symphony Orchestra to Eric Clapton and Bob Marley to Paul McCartney. During this time Digby was part of the team that produced the Led Zeppelin classic albums 3 and 4, including the famous Stairway to Heaven.

In the mid 70’s Digby moved to Island Records Los Angeles office, where he worked with Spencer Davis, Robert Palmer, Little Feet and Booker T and the MG’s. His outstanding experience and pedigree bought the interest of many Major record labels, who invited him to work on projects in Canada, Morocco, Milan, Japan and Switzerland.

Returning to the UK in 1985 Digby continued his engineering production career working with Mica Paris, Reef and Big Country