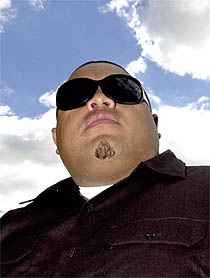 Real Name:
Sani Sagala
Profile:
In the late 80s Dei Hamo (translated it means "The Samoan") started out as one of the pioneer New Zealand rap artists. However despite several promising starts he never managed to find much commercial success, and in 1999 he quit the scene and got a real job.
However in 2002 he met up with Matty J Ruys who agreed to release his album on his HiRUYS label. When it finally came out, the first single "We Gon Ride" went to number 1 in the charts, and his years of toil finally paid off.
Aliases:
Sani Sagala