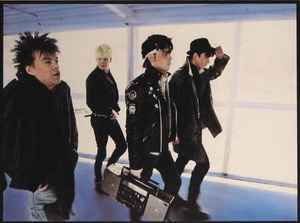 Profile:
Musta Paraati was a Finnish punk/goth band. The band was founded in 1982 and split up in 1984 after their second album. The lineup changed several times during those two years: only Saku Paasiniemi (guitar) and Panda Nikander (bass) stayed in the band from the beginning to the end.