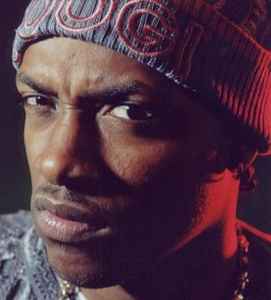 Real Name:
Michael Tyler
Profile:
Michael Lawrence Tyler (born September 22, 1970), better known by his stage name Mystikal, is an American rapper, and actor from New Orleans. A Persian Gulf war veteran who rose to stardom as a protégé of the rap impresario Master P, Tyler combined powerful, passionate vocals that would range from a conspiratorial whisper to vein-popping screams in the course of a few words, and was constantly accelerating and decelerating his delivery. The sound was new, but not unprecedented, as Tyler's vocals were reminiscent of R&B screamers like Little Richard and James Brown, using piano and saxophone sounds to accentuate the delivery.

Mystikal's debut album, Mystikal, was released on New Orleans-based independent record label Big Boy Records in 1994. He found himself in conflict with fellow New Orleans rappers signed to Cash Money Records including U.N.L.V., Lil Wayne and B.G.. They dissed him on tracks like "Drag 'Em in Tha River" by U.N.L.V. and "Fuck Big Boy" by The B.G.'z. He struck back with the diss "Beware" which was on his sophomore effort Mind of Mystikal. Mystikal's sister, Michelle Tyler (whom he had close ties with), sang the chorus on "Not That Nigga" and her fate became a major influence on Mystikal's music after her untimely death. The songs "Dedicated To Michelle Tyler", "Murderer" (both on Mind of Mystikal), "Murder 2", "Shine" (both on Unpredictable) and "Murder III" (on Let's Get Ready) refer to her murder.

Mystikal signed to Jive Records and released "Mind of Mystikal" in 1995. He signed to Master P's No Limit Records in 1997 alongside a slew of other New Orleans artists (adding the No Limit contract to his existing Jive deal) and released "Unpredictable" later that year. He appeared on most of the No Limit albums recorded from 1997-2000. In 1998, he released "Ghetto Fabulous". In 1999, he was going to release another album for No Limit titled "Let's Get Ready To Rumble". However this project, although recorded, kept being pushed back deeper into the year 2000 and by that time Mystikal had released himself from No Limit and released his recorded album "Let's Get Ready To Rumble" as the more simple titled "Let's Get Ready". In 2001, Mystikal released his final album for Jive entitled "Tarantula". His recording career lasted for another two years, until he was entangled in a sexual battery and extortion felony involving reportedly accusing his hairstylist of stealing $80,000 worth of his checks & using this as his justification to force her to perform oral sex on himself and two of his bodyguards. Mystikal was in prison from January 2004 until January 2010. He began to record new music after his release by creating a deal with Cash Money Records and doing independent collaborations. Mystikal found himself in jail again from late 2017 to early 2019 on reported rape charges that were dismissed due to apparent lack of evidence. On 1 August 2022, Mystikal was again arrested in Louisiana on charges relating to allegedly getting into a bout with a romantic partner - damaging house property, attacking & strangling her, raping her, and false imprisonment.