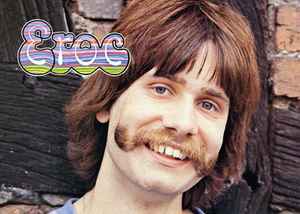 Real Name:
Joachim Heinz Ehrig
Profile:
German musician and producer, born 15 November 1951 in Weimar, GDR.
Best known as the madcap drummer with Grobschnitt, he has also been an innovative sound explorer since the mid-60's, and a talented multi-instrumentalist. As early as 1967, Eroc had developed his own methods of multi-tracking and phasing effects, with voices and instruments, and he explored other creative types of music. In 1970 he recorded the revolutionary echo vocal collage work "Horrorgoll" for his solo debut, very much like a piece of Dadaist sound-poetry (yet with a rock aesthetic). His solo work includes a wild mix of synthesizer music, space-rock, comic theatrics, schlager and folk musics, with the touch of Eroc's humour thrown in for good measure.