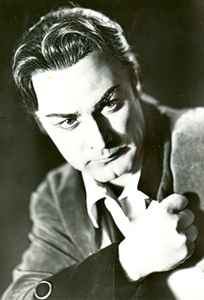 Real Name:
Асен Селимски
Profile:
Prof. Asen Georgiev Selimski is a famous Bulgarian opera singer, baritone. He graduated from the State Conservatory in 1956, where he was a disciple of Hristo Brambarov.

Singing in Rousse Opera from 1956 to 1960. Since 1960 he became a member of the National Opera in Sofia, where he remained for 20 years. Sung on the international scene in England, Spain, Belgium and almost all countries of the former Soviet bloc.
His repertoire includes:

Figaro in "The Barber of Seville" by Gioacchino Rossini,
Eugene Onegin in the eponymous opera by Pyotr Tchaikovsky,
Silvio in "Pagliacci" by Ruggiero Leoncavallo,
Venice guest in "Sadko" by Nikolai Rimsky-Korsakov
Terziev teacher in "Antigone 43" from L.Pipkov,
Nyagul in "Albena" Parashkev Hadziev and others.
After the completion of his singing career, he started with the training of young opera singers in BDK.