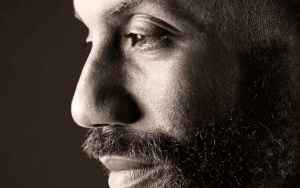 Huge respect for Dego and Mark Clair for their magnificent work all these years. Tek 9 went huge here on the Brazilian Underground dancefloors in the beginning of the nineties, (his first twelve inches such as "Kingdom Of Dub" were considered prized prosessions back then.)

With his historical partner Mark Clair, Dego's projects 4 Hero and Jacob's Optical Stairway are among the most important breakbeat acts of the last decade. The authors made arguably a fantastic duo, combining the most special musical influences and elements.

The ensemble of their work transcended the idea of any strict music genre definition.
After the explosions of the early 4 Hero productions and Tom & Jerry Hardcore/Jungle classics, the acclaimed "Parallel Universe" LP, considered among the best Drum n' Bass albuns ever, the duo reached a so high level of production that they just couldn't go further without expanding their horizons to other forms of music since then...

At the same time, Jacob's Optical Stairway seemed to be a standard of the groundbreaking Jungle/Drum n' Bass with the collaboration of notorious serious guests - such as Juan Atkins (on the magnificent "Fusion Formula - The Metamorphosis", for example, even more brilliant through Dave Angel's remix).

Always eager to explore new sonorities with Jazz, Soul and Breakbeats influences, Dego and Mark granted us Future Jazz/Broken Beats releases with 4 Hero on Talkin' Loud, as well as on "Desist Da Black" as Dollis Hill on the quintessential Metalheadz.

It seems that they always knew how to do so many different types of Music, from precoce Hardcore "Mr. Kirk's Nightmare" to Detroit Techno influenced (on the beautiful "Golden Age"), Jungle, Drum n Bass, Broken Beats, etc. that their musical repertory seemed endless.

Dego's and Mark's Reinforced label became a legend, synonym of Quality Music. So did them. Big respect for the fact that, after all these years, they NEVER abandoned the idea of ARTISTIC QUALITY.

Dego's "2000 Black" Project exploited very seriously the influences of Jazz and Electronica, in an amazing combination. An example to be followed.