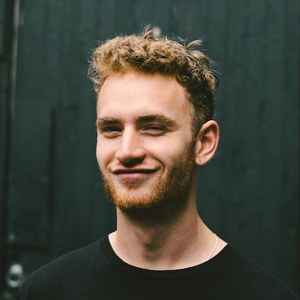 Profile:
London-based producer/singer/songwriter Tom Misch blends hip-hop-inspired beats with smoothly soulful vocals and guitar. The son of an artist and a psychiatrist, he grew up in a home that encouraged creativity, and learned to play violin at a young age via the Suzuki method.
While he was still a child, his family also discovered Misch could sing when he belted out Patrick Watson's "Man Like You" one day after school. After listening to rock music for most of his childhood and teens, he discovered hip-hop during his sixth form years thanks to one of his sister's boyfriends, and was particularly inspired by the work of J Dilla.
Misch started making his own beats and took classes in music technology, and began posting tracks online in 2012. Up-and-coming rappers sampled his beats in their own work, and Misch also collaborated with local singer/songwriter Carmody, ultimately releasing the Out to Sea EP with her in 2014.
That year, he also issued Beat Tape 1 (A vinyl release in 2020), a collection of instrumental tracks that included "Dilla Love," an homage to his idol that earned approval from Dilla's mother, Maureen Yancey. "Memory," Misch's debut single on his own Beyond the Groove label, arrived that July.
In 2015, Beat Tape 2 arrived, this time featuring collaborations with vocalists including Carmody, Loyle Carner, and Zak Abel.
On his 2016 EP Reverie, Misch blended the different aspects of his music into laid-back, R&B-tinged pop, and took the lead vocal on several tracks. He returned in 2017 with the single "South of the River" and the 5-Day Mischon EP, a set of five songs recorded in five days that featured contributions from Carmody, Novelist, Will Heard, Kaidi Akinnibi, and Tobie Tripp. He also collaborated with Carner on his 2017 single "Damselfly." The following year, he delivered his debut full-length album, Geography, featuring the singles "Movie" and "Lost in Paris."
Sites:
SoundCloud, Bandcamp, Facebook, Twitter, instagram.com
Variations:
Viewing All | Tom Misch
T. Misch, Thomas Misch