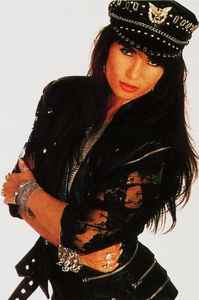 She started her career as a backing vocalist for Melissa Manchester, Chaka Khan and Leo Sayer and as a singer for jingles. She had to wait 10 years between the releases of her first and second album. She had a huge hit with "First Time" due to its use in a Coca Cola commercial. She collaborated with Desmond Child and songs she first sung, were later hits for Cher, Bonnie Tyler, Kiss and John Waite.