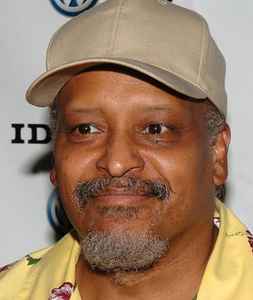 James was raised in a musical family where his father and uncles formed a band "The Heath Brothers". Already in the sixties, James Mtume studied percussion and soon after this, he also acquired the guitar playing skills. It didn't take long before he played together with artists like Herbie Hancock, Joe Henderson, Freddie Hubbard and eventually became the percussionist for Miles Davis. In the Miles Davis band, Reggie Lucas played guitar, and it was with Reggie Lucas that James Mtume started a song writing partnership. The duo Lucas/Mtume wrote numerous tracks for various artists in the timeframe 77-82. Without a doubt, the most famous being the all-time Stephanie Mills classic, "I never knew love like this before".

It was for his own project, Mtume, that James Mtume applied his most innovative sounds. The first result was the album "In search of the rainbow seekers" The Mtume band also featured the remarkable and perhaps one of the most underrated vocalists : Tawatha Agee. As a band, Mtume scored its first big success with Juicy Fruit, the title track of the second album. Numerous artists have sampled this superb classy funk combined with a touch of eroticism masterpiece. In 1984 James Mtume took one step further into his very own style of sparse minimalistic heavy percussion based funk sound. Today his 1984 "You me and he" album stands like the ultimate Mtume album.

In 1986, Mtume hits the music stores again with the album "Theatre of the mind". This is an even further exploration into a new minimal funk and socially engaged music. Listen to Deepfreeze, P.O.P. generation or New face Deli, being protest songs against the new generation of media boosted artists, where video culture is gaining more influence than sheer musical value. A year later, James Mtume decides to leave this part of the music scene. He later admits that he could no longer cope with the new culture and breed of artists and record companies that focused more on fast money, fashion trends and shock values than on musical value and education. Meanwhile, James Mtume found an outlet for his musical creativity as musical director of a NY theatre.

Such a MASTER who left us for a funkier world. R.I.P. Mister James "Messenger" Foreman. I learned to appreciate R&B and Jazz through all the tremendous tracks that either you wrote, played and sung with your own band or for others. I will especially remember the albums In Search Of The Rainbow Seekers (brightest, purest funk you can imagine!!), Juicy Fruit (HIPS and Would You Like To Fool Around being my favourites), and You, Me And He which is kind of a forgotten gem to me, a little overlooked by the shadow of its predecessors. And of course, such a brilliant and unique percussionist, with an instantly recognizable touch - most of the time, a few seconds are sufficient to know that you are listening to an Mtume song - that is the unmistakable mark of the greatest musicians on Earth.

Thank you for all the joy you provided down here on the ground.

Stephanie Mills: “I am saddened to hear of the passing of my dear friend and producer James Mtume. He was so brilliant and an amazing music mind. The work chemistry we had along with your writing partner Reggie Lucas was second to none. I know you two are about to reconnect and make amazing music. I will forever be grateful and I will continue to lift you up through our music. You will be missed.” 💜

Bootsy Collins: “Another legendary Boss we just lost. Mr. James Mtume, was an American jazz and R&B musician, songwriter, record producer, activist, and radio personality. He came to prominence with "Juicy Fruit" & a top-5 R&B hit single "You, Me & He. Join me in sending Prayers to his Family & Friends. (He Changed frequencies today 1-9-22). R.I.P. our dear musical Brother...Bootsy baby!”

Greg Caz: “ Some know him for “Juicy Fruit.” Others know him as the percussionist in Miles’ early 70s electric band. Others know him for his conceptual free jazz double live album Alkebulan, Land Of The Blacks. Others still know him for the countless big R&B hits he wrote in partnership with fellow ex-Miles sideman Reggie Lucas. Maybe some might recall his activism and his long-running political talk show on WBAI. Or the other hits besides “Juicy Fruit” that he created with his band named after himself. Quite a few are aware that he is the son of jazz great Jimmy Heath. But the Philadelphia-born James Forman, better known as James Mtume, or just Mtume, was all of those things and much more besides and has just left us, only a few days after turning 76. He contributed *a LOT* and was someone I truly admired. RIP.”

Ron Trent: “MTUME… Another master has made his transition. Countless productions and a wealth of knowledge. I hope we all are paying attention to these times. There has been a mass amount of talent and wisdom moving on to the next level. Blessings to Mr. Mtume ,his messages and his valued work.
He is a Oak as is Sidney (Poitier). Respect to his family and Ancestors that welcome him home. Ase’”

Rochelle Fleming: “My sincerest condolences to the family & friends of James Mtume. An amazing artist who did it all. Sleep easy. King 👑”

Dave Lee: “Very sad to read that James Mtume has passed away. James started off as jazzer, playing with Miles Davis. However it was in partnership with Reggie Lucas they wrote and produced some superbly crafted soul records for the likes of Phyllis Hyman, Stephanie Mills and Marc Sadane. Absolutely first rate stuff. James found further success a few years later with his own more electronic “Juicy Fruit”. Feel free to post your favourite below. See you in the stars R.I.P.”

Regina Belle: “ I don’t have a lot to say to the Giant of a man who listened to me and counseled me while I was in college about my dreams to sing. Thank you for your true dedication to the arts! You are forever loved James Mtume! RIP.”

Jay Quan: “I loved Jazz long before any other music. Jazz was a staple in our household and I'm a student always eager to learn more, but I'd never sit here and pretend that when I heard Juicy Fruit and You, Me and He by Mtume that I knew anything about James Mtume and his history with Jazz music. I'd learn of it almost a decade later and I appreciated it more after having conversations with Ed Fletcher aka Duke Bootee (R.I.P.) who played with him in his youth.
James Mtume was definitely someone who I wanted to have a conversation with. He's the man whose critiques of sampling lead to Talkin' All That Jazz by Stetsasonic and provided the musical back drop for Biggie's first hit - but his legacy stretches far beyond those legendary Hip Hop foot notes. R.I.P.