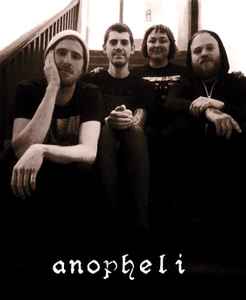 Profile:
Anopheli is an emo crust band from Oakland, CA via London, England.
Anopheli was a little project created between friends living in different countries. Jasmine, Brian and Josh all live in California and Alex lives in London. It started off as a lovely idea of immortalising a friendship with a musical project. So we challenged ourselves, to see if we could write and record a demo in two weeks. We managed to write the songs, but ran out of time to record. Alex came back a few months later and after a handful of practices we managed to record this record with our friend Jack Shirley in an afternoon and evening. (and then many subsequent weeks of mixing, thank you Jack!) We were joined by the extremely talented honorary members Nicole who plays cello and Richard, who played acoustic guitar.
They had such fun creating this record that they decided to continue as a band, and create music as often as they can.
Anopheli is taken from the word Anopheles, the greek scientific term for Mosquito, which means "good for nothing." Their first record is called "A hunger rarely sated."

The Ache Of Want is an absolute sleeper album once you hear it you will want more. It's Crust/Doom in my opinion. Definitely give this band a listen.
"Anopheli’s new album will carry you away in a firestorm of raging guitars, furious d-beat tempos, ripping vocals and rioting atmosphere."
I was very, very pleased to add The Ache Of Want & A Hunger Rarely Sated to my LP collection.