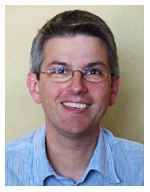 Real Name:
Miles Showell
Profile:
Mastering and lacquer cutting engineer from London (UK), working at Abbey Road Studios since February 2013. Famous for being an expert in half-speed mastering which he refers to as "the holy grail of vinyl cutting."

He started his career at Utopia Studios (London, UK) where he was trained by Steve Angel. Working there till the end of 1989, his last cut was this record in October 1989 according to the runout groove. He then moved to Copymasters (London, UK), which he helped to turn from a copy house into a professional mastering studio now named masterpiece (London, UK). In late 1997, he took an invitation to work at Metropolis Mastering (and their division "iMastering"), also in London, UK. Miles joined Abbey Road Studios from Metropolis Mastering in 2013.

Can be identified by "ⓂMiles" or Miles Masterpiece in the runouts.