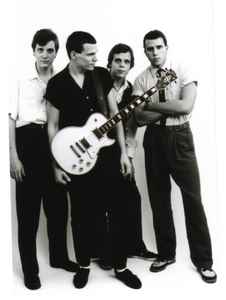 Profile:
The Telefones were a new wave band, formed in 1979 by brothers Jerry, Steve, and Chris Dirkx in Dallas, Texas.
The band released a single in May, 1980, on the VVV Label, and released an LP, "Vibration Change", six months later. The band released their final full length LP in mid-1981.