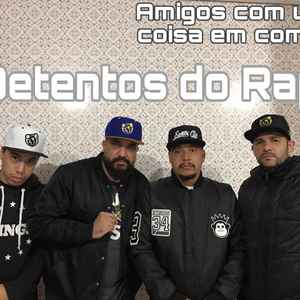 Profile:
Hip-Hop/Rap group formed in 1997 by Daniel Sancy, Maurício DTS and DJ Colina, who were all convicted and imprisoned in the infamous Carandirú Detention Centre (Casa de Detenção de São Paulo) in São Paulo, Brazil, which existed from 1920 until 2002 and used to be the largest prison in Brazil. The group's first album, titled "Apologia Ao Crime" was recorded within the prison in a mobile studio in 1998 and sold 30,000 copies . The press conference also took place inside the prison.