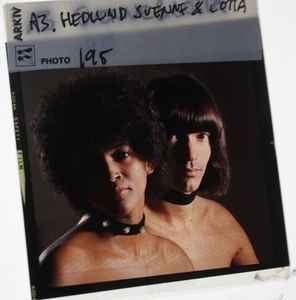 Profile:
Swedish duo consisting of Svenne Hedlund and Lotte Hedlund (Charlotte Walker). They are called "Sven & Charlotte" in some countries.

Svenne Hedlund was lead vocalist of the successful Swedish group Hep Stars around 1960.

Charlotte Walker (b.1944), was a former member of the American group The Sherrys, later moving to Sweden and becoming a member of the Hep Stars, adding female vocals, in 1968. She married Hedlund, and shortened her name.