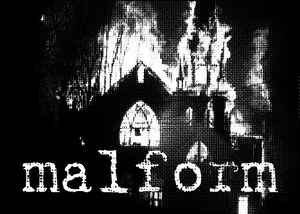 The project resumed in 2010 and the debut full-length album, “Extermination Process”, was released in 2011. This release combined the heaviness of the early demos with elements of Noise and Ambient music.

In 2013, M.D. Roche continued experimenting with Noise and Ambient music, and in February, 2014 the second album, “Psychosis”, was released.

“Extermination Process” was remastered by Gyps Fulvus and re-released in May, 2014.