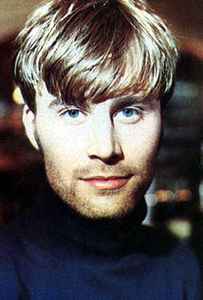 Real Name:
Dirk Darmstaedter
Profile:
Dirk Darmstaedter is a singer, songwriter and producer from Hamburg, Germany.
Dirk fronted the Indiepop group 'The Jeremy Days’ from 1988 to 1995.
He co-founded and ran Tapete Records from 2001 to 2013.
Dirk continues to record, release albums and tour because,... well, that's just what he does!

Let's see,.. counting all the records he's recorded with his original band 'The Jeremy Days', as 'Me And Cassity' (Dirk has and continues to use this 'Nom de Guerre' for selected releases - the latest being 2012's 'Appearances'), under his own name AND the two album releases with good friend, partner extraordinaire and 'elekrischer Liedermacher' Bernd Begemann, the count adds up to 18 (!!) albums so far.
And that's NOT counting the various Live albums, 2001's excellent 'It Is The Time' Jeremy Days collection, various bootlegs and all the stuff Dirk regularly uploads to his soundcloud site.
Current release is 'Beautiful Criminals' which is out on his very own "Beg Steal and Borrow" label.
Sites:
dirkdarmstaedter.com, Wikipedia
Aliases:
Kirk Novak, Me And Cassity
In Groups:
The Jeremy Days
Variations:
Viewing All | Dirk Darmstaedter
D. Darmstaedter, Darmstadter, Darmstaedter, Darmstädter, Dirk, Dirk Darmstaedter + Band, Dirk Darmsteadter, Dirk Darmstedter, Dirk Darmstädter, L. Darmstaedter