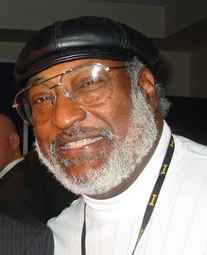 Known in players' circles for his knowledge of the technical aspects of music (theory, composition, etc.), Polk was also responsible for forming the first integrated bands in the scene, which included young white players from University of Texas at Austin and Austin's West Side.

In the 1970s, Polk relocated to the West Coast to take a job with the Ray Charles Orchestra.
After touring and recording internationally, he came back to Austin in the late 80s, where he resides, today.