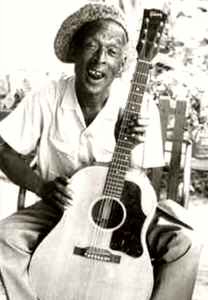 Dooley met Pink Anderson in 1916 and taught him to play guitar. The two played on the street and at parties when Anderson was not traveling with Dr. Kerr's Medicine Show. In 1928 Dooley and Anderson went to Atlanta to record four titles for Columbia Records. The records sold well. Anderson was invited to make further recordings without Dooley, however Anderson refused to be without Dooley.
Sites:
Wikipedia
Variations:
Viewing All | Simmie Dooley
S. Dooley