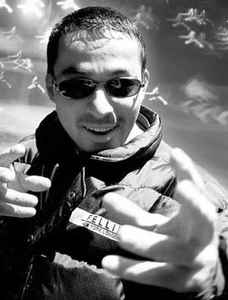 Real Name:
Mark James Rydquist
Profile:
DJ & Producer from Romford. Prior to breaking into the music industry Ryder worked as a computer programmer before getting a job at Our Price. He began getting DJ bookings and competing in the DMC Mixing championships alongside the likes of DJ Hype etc. After meeting Dave Lee in a record shop they began producing house tracks.
Since then he has set up Strictly Underground Records (and numerous subsidiaries), as well as helping fund the pirate radio stations Unity FM & Konflict FM.