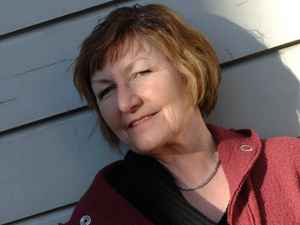 Real Name:
Kirsten Marie Bråten Berg
Profile:
Born January 7, 1950 // Folk musician from Setesdal, Norway.
Although Kirsten Bråten Berg has her own workshop making exquisite Norwegian traditional jewelry, she is known primarily for her kveding (Norwegian traditional singing). A resident of Setesdal since 1973, Kirsten has been key in efforts to strengthen her area's musical heritage. She has also been active in presenting traditional music in new forms, such as her work with the jazz bassist Arild Andersen. Kirsten won the Landskappleik, the Norwegian national traditional music competition, in 1987, and has released a plethora of albums. Several of her recordings have won the Spellemannprisen, the annual award of the Norwegian recording industry. She has toured countless times in Norway and abroad. In 1996, working with two musicians from West Africa and one from Setesdal, they created "From Senegal to Setesdal", a CD of traditional Norwegian songs fused with African tones and rhythms. The fusion is so natural that it serves as a reminder that the soul is the true source of folk music, crossing the boundaries imposed by language and culture. Kirsten's twenty-five-year association with the master hardingfele player Hallvard T. Bjørgum was marked with the release of the CD "Runarstreng" in 1999. "Runarstreng" presents core Norwegian traditional material in a new light, with dynamic fiddling, ballads, and secular and religious folk songs, mainly from Setesdal. Kirsten Bråten Berg is currently involved in a new and exciting project, "Stemmenes skygge" (Voice's Shadow), under the direction of Norwegian State Concerts/The World in the North, in collaboration with several well-known Nordic musicians and dancers.
Sites:
Wikipedia
In Groups:
Bukkene Bruse, Ferd (4), Slinkombas
Variations:
Viewing All | Kirsten Bråten Berg
K.B. Berg, Kirsten, Kirsten Braten Berg, Kirsten Brãtten Berg, Kirsten Bråten-Berg, Kirsten Bråthen Berg, Kristen Bråten-Berg