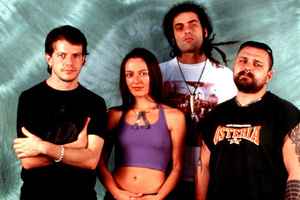 Profile:
Hip hop/reggae group from Naples, Italy, active from 1991 to 2005, and since 2009.
They rap both in Italian and in the local Naples dialect.
Most of 99 Posse's songs deal with political or social issues, and they are considered to be left-wing hardliners.