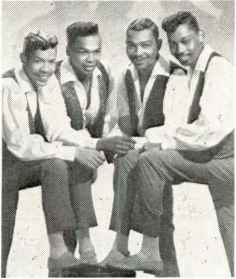 Profile:
American soul group from Pennsylvania, USA.
The Adventurers which released at least 2 Johnny Brantley productions on Music World and Compass and a further 45 on Blue Rock. This group must not be confused with a group of the same name who recorded for Polydor and RCA in the 70's and there are at least a few other groups who used the name. They evolved into The Chosen Few (10)
Members:
Eddie Johnson (4), Gerald Perry, James Wicker, Jay Jackson (3), Mack Williams (2), Walter Simmons
Variations:
Viewing All | The Adventurers
Adventurers, Los Aventureros