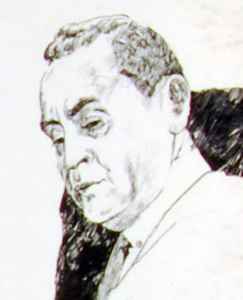 Mr. Walker graduated from Oak Park-River Forest High School and Amherst College. He served in the Pacific during World War II. While studying at the Chicago Conservatory of Music from 1945 to 1948, he was a pianist-arranger for the Wayne King and Ted Weems Orchestras.

He was staff pianist for WGN from 1950 to 1954 and later played with his own band at the Ambassador East's Pump Room. Walker has written the words and music for over fifty published pop and country songs, some of which have been recorded by Peggy Lee, Johnny Desmond, Gordon MacRae, Dean Martin and Homer And Jethro.

In 1953, he started his own company. Bill Walker Musical Productions, Inc. He composed and/or arranged the music, and, in some cases, the lyrics, for over 1,000 soundtracks for radio and television commercials, industrial, documentary and feature films.

The commercials have been for Chevrolet, Plymouth, Dodge, Mercury, Oldsmobile, and Ford of Canada as well as many well-known products in fields such as cosmetics, beers, cigarettes, airlines, and household goods. Walker wrote the music for 12 national award-winning commercials and films and won the Grand Prix de la Television in Venice, Italy for the best spot in thf world for that year. The product was Chevrolet.

He composed, arranged and produced all the music for the award-winning Bergstrom Paper Company album, Impressions In Color, in which he converted the rhythms of printing presses to music. The album is now a collector's item.

Walker composed, arranged and produced all the music for the feature film, Little Laura and Big John, starring Karen Black and Fabian Forte. Walker also composed a musical setting for "The Gettysburg Address" and a symphonic fantasy, "Return to Shenandoah," both of which were recorded by baritone Sherrill Milnes.

In the mid-1950s, Mr. Walker purchased and moved into one of the most famous and beautiful of the Frank Lloyd Wright homes, the 1893 Winslow House in River Forest. There have only been five owners in its 120 year-old history. A note signed by Wright is in the Walker family library, simply stating to Bill Walker, "Take good care of it." Peter Walker, who is handling the estate for his family said his mother kept the home in pristine condition up until her death earlier this year, and preserving its history and character has been a great source of pride for his family. Peter Walker, Bill Walker's son, was quoted as saying, “My father loved Frank Lloyd Wright and wanted to own one of his houses. My mother June, a war bride from Australia, took meticulous care of the house.” June S. Walker, Bill's wife, died on April 12, 2013.
Sites:
uindy.archivestree.com
Variations:
Viewing All | William S. Walker
Bill Stearns, Bill Walker