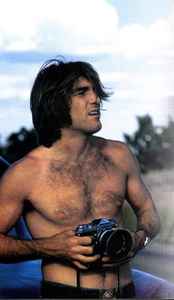 Dennis served mainly on drums and backing vocals for The Beach Boys from the bands formation in 1961, until his death in 1983. While he was allowed few lead vocals in the 1960's, his prominence as a singer-songwriter increased into the 1970's. He was also known for his brief association in the late 1960's with aspiring songwriter Charles Manson, who was later convicted of murder conspiracy. In 1971, Dennis starred in the road movie Two-Lane Blacktop.

Dennis drowned at Marina Del Rey, Los Angeles, after drinking all day and then diving in the afternoon, to recover items he had thrown overboard at the marina from his yacht three years prior.