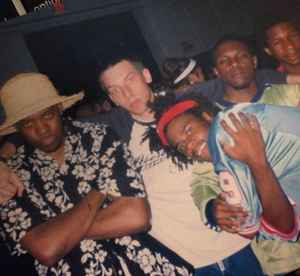 Profile:
MHz (or The Megahertz) are an American hip-hop crew from Columbus, Ohio, formed in 1995 and originally consisting of MC's Copywrite 78 and Camu Tao with their DJ RJD2. Tage Proto joined the group in 1997, before relocating to Atlanta, GA to attend College. Meanwhile Copywrite and Jakki Da Motamouth had a group called Opium Prodigy, and in 2000 Jakki officially joined the Megahertz crew.

The Group released their first single "World Premier" on Fondle 'Em in 1998, after Bobbito heard it on a tape that they had dropped off with him in NYC. Bob would proceed to release "Rocket Science" as well as Jakki's "Widespread" singles. Copywrite's debut "Holier Than Thou" was released on Rawkus in 2000 and Camu Tao released "Hear Me Talking To You" on B.U.K.A. Entertainment the following year.

In 2001 a compilation CD "Table Scraps" was released, which featured a lot of their previous work which to this point had only been released on vinyl, as well as live recordings from their appearances on WKCR.