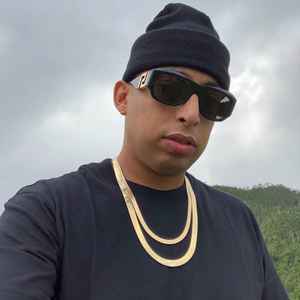 Real Name:
Edwin Rosa Vázquez Ortiz
Profile:
Edwin Laureano Rosa Vazquez Ortiz (born October 15, 1981), known professionally as Ñengo Flow, is a Puerto Rican singer and songwriter. He was born in the Río Piedras district of San Juan, Puerto Rico and grew up in Bayamón, Puerto Rico where he started in the music business. It was there that interest in the world of urban music would develop from a very young age. Its strong and explicit lyrical content came from his childhood experiences in his neighborhood. When he was 14 years old he was first introduced on stage in the neighborhood where he lived, when he discovered his talent for music. Edwin Rosa released his stage name Ñengo Flow in the release of a mixtape that came to be heard by Univision Music and was quickly signed to it. That same year he debuted for the first time in the production of Los Anormales by artist Hector El Father in the song "Tu Cuerpo Me Está Tentando" with Guayo Man.
All this allowed him to easily publish his first studio album entitled Flow Callejero in 2005, which had successes such as "Aunque No Estemos Juntos", "Hasta Que Te Lo Hunda", among others. This was supported by artists such as Don Omar and Cuban Link who helped the artist in the promotion of the album.2 That same year he also participates in Los Bandoleros de Don Omar, Los Kambumbos, Sangre Nueva, among other albums.
Aliases:
Edwin Rosa Vázquez
Variations:
Viewing All | Ñengo Flow
N engo Flow, Nengo, Nengo Flow, Yengo, Ñengo, Ñengo F