Information Did you mean the artist named 3928? 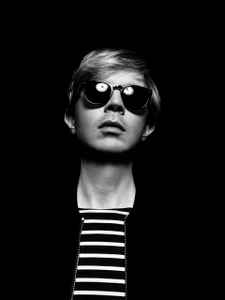 When his parents split, he and his younger brother stayed with their mother. Beck dropped out of school at the age of 14 and drifted around for about a decade, ending up back in Los Angeles. While playing some open-mike events, he got noticed by the little local label Bong Load Custom Records. In 1993, "Loser" was released to the world in a limited pressing of 500 copies and sent out to radio DJs across the U.S. The song became quite popular, and DGC/Geffen/MCA signed Beck in November of 1993, while giving him the freedom to work with independent labels and to make uncommercial music.
Sites:
beck.com, Facebook, MySpace, Twitter, vimeo.com, Wikipedia, imdb.com, YouTube, YouTube, diskobox.org, YouTube, whiskeyclone.net, SoundCloud
Aliases:
Beck Hansen, Bek David Campbell, Mollusk (2)
Variations:
Viewing All | Beck
Beck Hansen, Beck!

November 8, 2021
WHEN ON EARTH will we get a repressing of both Midnight Vultures and The Information. I mean COME ON!!!
See 1 reply

April 2, 2021
Man, I wish he'd put out a big box set of 80s/90s home recordings, small-run singles, b-sides, and other one-off ephemera. There's just so much out there, and while the second disc of the One Foot in the Grave expanded set whets the appetite a little, it just scratches the surface.