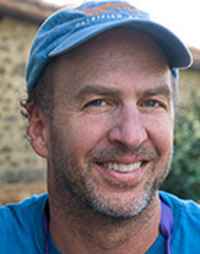 Profile:
Darryl Pitt was an editorial photographer before becoming an artist manager and driving force behind the launch of the New Age music phenomenon.

The son of a big band musician, Pitt was born in Detroit in 1955. He attended the University of Michigan before moving to New York City where he joined the staff of Rolling Stone. Pitt's photographic work has appeared in numerous publications including Time, Newsweek, Fortune, Playboy, Der Spiegel and Paris Match. He was a tour photographer for musicians such as Crosby, Stills & Nash and for several years was the official photographer of the Montreux Jazz Festival. Album cover credits include releases by Ella Fitzgerald, Stevie Ray Vaughn, Dizzy Gillespie and Herbie Hancock. While working in Montreux in 1981, Pitt met and later became the manager of Swiss musician, Andreas Vollenweider, who then sold twelve million albums as he ushered in the era of New Age instrumental music.

In 1984 Pitt became the manager of another photographic subject, Michael Brecker, widely considered the most influential saxophonist since Coltrane and a 15-time Grammy winner. With Pitt's support, Brecker commenced his solo recording career, and the two worked closely until Brecker's death in 2007. In 2000, nearly twenty years after having taken the photos for her debut album, Pitt became the manager of Dianne Reeves, the world’s foremost female jazz vocalist.
Sites:
darrylpitt.com
In Groups:
Depth of field
Variations:
Viewing All | Darryl Pitt
D. Pitt, Darryl Pitt / Encore, Daryl Pitt