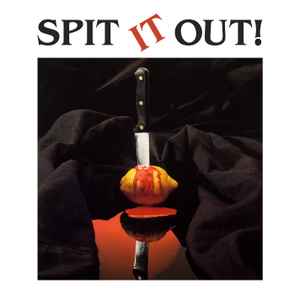 Profile:
Spit It Out! was founded late 1990 by Lars TC Anderson, Carsten Rickermann, Michael Persson (3), Håkan Ljungtegen and [Invalid Artist] as part of the band returned to Varberg, Sweden after living in Los Angeles, CA during 1989-90. The musical roots of the band was classic hard rock, however there was also a wide variety of influences from other genres which sometimes was incorporated into the music. They recorded a number of times at the Tuff studio in Gothenburg and released a 7” single Tied Up (Like A Slave) in 1991 and a CD This Is It! in early 1993. Following the departure of drummer Johan and guitarist Håkan in 1993 there were a number of drummers who tried out for the band until Tyrone Berglind joined in 1994. The music turned a bit heavier at this time and the band recorded two songs at Recordia Studios early 1995. The recording is briefly mentioned in the feature of Spit It Out! in Janne Starks – The Encyclopedia of Swedish Hard Rock & Heavy Metal.

The music was shopped around to record labels, but was not released to the public until January 2022. As Tyrone and Michael left the band late 1995, the band went into another transformation and became a trio with Dennis Johbarn on drums.