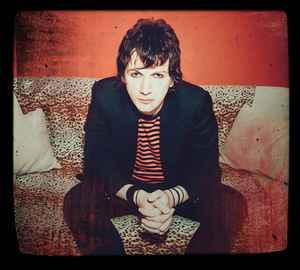 Real Name:
Lester Greenowski
Profile:
Lester was born in Parma May the 21st, 1982. He grew up in Modena, he approached music by playing piano. At thirteen, Lester discovered drums, from that moment began playing in various local bands finding in rock and roll a true vocation.

In 2000 he decided to leave the drums and stood behind the mike. After graduating he travelled for a few years between Europe and the United States jumping into every music friendly situation. In 2002 he returned to Modena founded Landslide Ladies, soon to be Lester and the Landslide Ladies, with which for a whole decade will shake the Italian underground scene touring constantly performing a repertoire of originals.

Always been involved at different levels in the underground Lester became an occasional speaker (Modena Radio City , Radio Sherwood etc . ), contriubuted to music fanzines (Slam! , Roxx Zone etc..). His efforts in the niche led him to become subject of research for the thesis in Sociology of Dr. Giulia D'Alimonte "Glam Rock: Games of Masks and Performance" at the University of Padua and value him the mention at the Ramones Museum and the Museum für Kommunikation both in Berlin.

Since 2009 Lester collaborates actively in the artistic direction of Tornado Ride Records: prolific independent record label founded by Andrea Gallinini, prominent personality in Italian tattoo and hard core scene. Since 2011 he's been playing bass and singing with Honest John Plain (among others The Boys and Ian Hunter Band). In 2012 Lester and the Landslide Ladies disbanded but Lester continues his solo experience. Lester is currently engaged in the recordings of his first work, “It's nothing serious just life”.
Sites:
SoundCloud
In Groups:
The Crybabys (2), The Landslide Ladies
Variations:
Viewing All | Lester Greenowski
Lester, Low-Fi Lester

Top 25 21st Century Glam Rock Artists by BAHAMABOY
ITS ONLY ROCK N ROLL (BUT I LIKE IT)...Cool Bands to Getcha Rocks Off by BAHAMABOY
View More Lists →