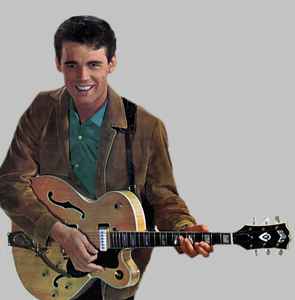 Real Name:
Duane Eddy
Profile:
Guitarist with a distinctive "twangy" sound (his own description). Born in Corning, New York, on April 26, 1938, he was one of the foremost instrumental performers of the late 1950s and early 1960s with a string of hits on both sides of the Atlantic.

He was married to Jessi Colter they have a daughter Jennifer Jennings. He is the grandfather of Struggle Jennings and great grandfather of Brianna Harness.

July 6, 2013
almost all of the jamie label variants for the early singles are missing :(
Reply  See 2 replies Notify me Helpful

Has anybody ever heard of this for this album ??
Reply  See 3 replies Notify me Helpful