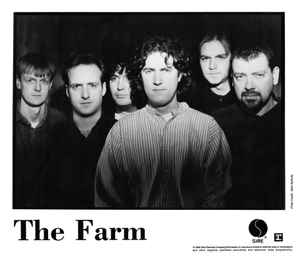 May 5, 2018
I think The Farm packed it in too early, the band's early 90's dance-rock would have translated rather easily to later 90's brit-pop vogue. "Hullabaloo" was not the best attempt at such a transition, but their large live/football following should have meant that they had the backing while updating their sound for the future.
Reply Notify me Helpful

July 14, 2017
Despite not being from Manchester, The Farm had just enough chunky, shuffly beats and pop prowess to be a mainstay of the UK dance-rock scene of the early '90s. Nevertheless, the near perfection of "Groovy Train" was never to be matched. Slightly too tepid to find much favor with alternative rock fans, slightly too alternative to compete with the likes of Jesus Jones and EMF, and just not good enough to compete with the Madchester bands, The Farm faded quickly. The dodgy vocals on all of their "Groovy Train" followups didn't help, either.
Reply Notify me 1 Helpful