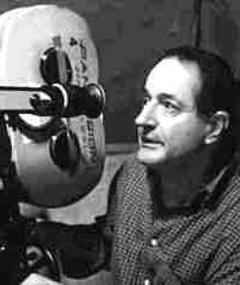 Studying with Darius Milhaud in Aspen in 1956, Mr. Myrow went on to the University of Southern California. In 1959 he received a commission by the Young Musicians Foundations to write Symphonic Variations, premiered later that year at the Hollywood Bowl, and subsequently by the Los Angeles Philharmonic, B.B.C., and Concerts Colonne in Paris, conducted by Lawrence Foster.

In 1964, Mr. Myrow returned to the United States to be composer, pianist, and conductor with Center for Creative and Performing Arts in Buffalo, appearing regularly with Evenings For New Music at Carnegie Hall under Lukas Foss. His Songs for the Japanese was performed at Tanglewood, Los Angeles and the B.B.C., London with subsequent recording by Nonesuch Records. The Fromm Foundation commissioned Music for Orchestra I, premiered at the Tanglewood Festival by Gunther Schuller. Later performed by several orchestras including Berlin, and Oakland where Music For Orchestra II was premiered.

Mr. Myrow was also the composer-in residence with the New York Philharmonic, and received a Dimitri Mitropolous Commisssion to write an orchestral work for that orchestra.

In 1969 he undertook a period of study of music from other cultures, worked and composed for various media. He worked with Jim Morrison (the Doors) writing music for Highway, a film starring Morrison, and collaborating on a theatrical musical which was aborted by Morrison's untimely death.

Leo the Last (directed by John Boorman) was Myrow's first feature film score. During the period from 1969 on, he composed the scores to twenty-five other films including Soylent Green, Scarecrow and director Don Coscarelli's other feature films including Jim The World's Greatest, Kenny & Company, Phantasm II and also Survival Quest and Phantasm III with co-composer Christopher L. Stone.

Mr. Myrow was a long-standing resident of Los Angeles and, under the banner of his Rashine Music Works Co., worked in his own studio on recording and film projects. Myrow also owned and operated Axis Mundi, a production company and record label.