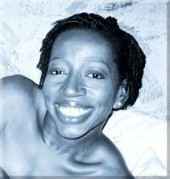 Real Name:
Saundra Williams
Profile:
Saundra Williams is a singer/songwriter born in Harlem, New York and raised in The Bronx, NY. She began singing and performing at a very young age, when her parents, noticing her talent early on, took her out for auditions for commercials, voice over work and signed her and her sister up for lessons at the famous Alvin Ailey School for dance. From then on, Saundra's career path was set in motion. To date, Saundra has performed, written and appeared in and for various musical endeavors and high profile professional settings. Her credits include work for recording sessions, international music releases, tv appearances, film and most prominently, live shows as part of several successful and well-known touring acts and bands.
In Groups:
Saun & Starr, The Resonaires
Variations:
Viewing All | Saundra Williams
S. Williams, Sandra, Saundra "Saun" Williams, Williams