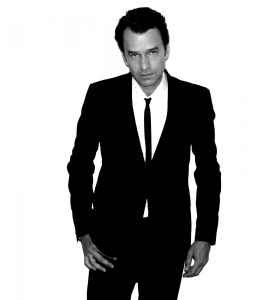 Real Name:
Ralf Hildenbeutel
Profile:
Hildenbeutel is an award-winning producer and film composer. His style is shaped by his eclectic background as of his classical education in piano and composition and his obsession for electronic music since the late '80s.

In the 1990s he collaborated with Sven Väth on Väth's major albums, released a countless number of club classics and founded his electronic live-project Earth Nation. He has been touring across Europe and playing at the Montreux Jazz Festival, London's Brixton Academy, Tribal Gathering Universe and others.

In that time he also produced various remixes for artists such as Anne Clark, Robert Palmer, Enigma and Yello and was awarded with the "Viva Comet" as Best Producer from Germany's music TV channel VIVA. His film music for the movie "Hommage á Noir" received the golden medal at the New York Festivals in 1996.

At the end of the '90s and first years of the 2000s it was the time for new directions and Hildenbeutel started focusing on artist-related productions and songwriting. He founded the production company Schallbau with Stevie B-Zet and A.C. Boutsen. They produced and co-wrote for artists such as Laith Al-Deen, Andreas Bourani, Yvonne Catterfeld, and Simon Collins (son of Phil Collins). That time they archived several top-ten entries and gold or platinum records.

In 2010 Hildenbeutel moved away from pop productions and focused on film music. He worked on feature movies such as "Vincent will meer" ("Deutscher Filmpreis", 2012 – German Film Academy Award) and international productions such as the Italian mini-series "Maltese".

His film music for the short movie "Momentum" (by Boris Seewald) received various awards such as "Cinedans" and a nomination for best music at the Newport International Filmfestival in the UK in 2014. In 2017 he won the "Goldene Reiter" at the esteemed Filmfest Dresden for his score for the movie "Eine Villa mit Pinien".