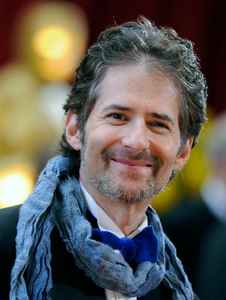 Horner started playing piano at the age of 5. He studied at the Royal College Of Music in London, under György Ligeti. He received his bachelor's degree in music from the University of Southern California, and eventually earned a master's and started working on his doctorate, studying with Paul Chihara, among others. After several scoring assignments with the American Film Institute in the 1970's, he finished his teaching of music theory at UCLA and turned to film scoring.

He made his breakthrough in 1982, when he scored "Star Trek II: The Wrath of Khan". In total, he has scored over 100 films, but he has also done some music for short films, three orchestral pieces and music for television, including the current theme music for the CBS Evening News (beginning September 5, 2006).

October 19, 2020
RIP The King James Horner the composer of Titanic of James Cameron!

August 10, 2020
Still miss him. My favourite Filmcomposer. He really could describe feelings with music. He had a language for transcribing Emotions into Music. Hopefully some of his lesser known Soundtracks will see the light of a release anytime.

July 23, 2019
Such a prolific and talented composer. I was so sad to hear of his death. He will be remembered for a long time, especially for the Titanic soundtrack. Such a sublime and timeless album.

January 21, 2016
A fantastic composer, and a genuinely nice man. Life was cut too short for this brilliant composer and human being. Rest in piece James Horner.