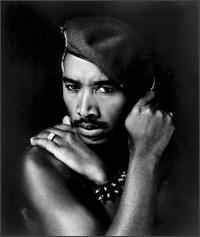 Profile:
Born in Orlando West, Soweto on November 2nd, 1951, young Sipho was recruited by Selby Ntuli to join the band The Beaters whilst a drummer for the school's cadets team. Upon Ntuli's death in 1978, he took over leadership of the band - which by then had renamed itself to Harari.