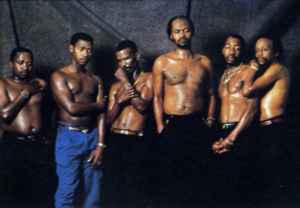 Profile:
The Zulu word for "locomotive", Stimela formed from the ashes of guitarist/leader Ray Phiri's previous band, The Cannibals, in 1981 and soon became little short of an institution in their home country of South Africa.