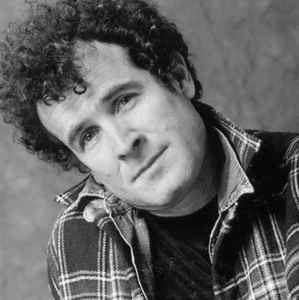 Johnny Clegg was born on 7th June 1953 in Rochdale, Lancashire, England and raised in Israel, Zambia, South Africa, and Rhodesia before finally settling in Johannesburg in 1965.
Died on 16th July 2019.

Clegg, who had been learning to play Spanish guitar, was 14 when he met a Zulu gardener, Charlie Mzila, playing street music near Clegg’s home. For two years he learned the fundamentals of Zulu culture and traditional "inhlangwini" dancing as he accompanied Mzila to the migrant labour haunts - from hostels to rooftop shebeens. It was the height of apartheid, and Johnny Clegg’s involvement with black musicians and his love for the music often led to him being arrested for trespassing on government property and contravening the Group Areas Act.

Johnny Clegg’s fast-growing reputation finally reached the ears of Sipho Mchunu (born 1951), a migrant Zulu worker who had come to Johannesburg looking for work. Intrigued, Mchunu tracked Johnny down and challenged him to a guitar playing competition, sparking off a friendship and musical partnership that helped transform the face of South African music. That was in 1969.

After Clegg completed his education, graduating with a BA (Hons) in Social Anthropology and Political Science from the University of the Witwatersrand in Johannesburg, he spent four years as a lecturer.

Johnny & Sipho had their musical breakthrough in 1976 when they secured a major recording deal and produced their first hit, "Woza Friday". Under the guidance of producer Hilton Rosenthal, the band Juluka was formed around these two core members. Because their music was in contravention of the cultural segregation laws of the time, it was subjected to censorship and banning, and their only way to access an audience was through touring. In late 1979 their first album, "Universal Men", was released. It received no airplay but became a word-of-mouth hit. They were able to tour in Europe and had two platinum and five gold albums, becoming an international success. Juluka was finally disbanded in 1985 as Mchunu returned to his roots in Zululand to become a livestock farmer.

He also formed Savuka, another inter-racial crossover band in 1986, blending African music with European (especially Celtic) influences. One EP and four albums were released between 1986 and 1993 before that band was terminated.

Clegg also recorded solo (briefly reforming Juluka for one album and a tour), including his studio album "New World Survivor" in 2002 and continued to perform live with resounding success, including his support of Nelson Mandela’s "46664 AIDS Awareness Concerts" in South Africa and Norway during 2004 and 2005.

In France he is affectionately known as "le Zoulou blanc", the white Zulu.