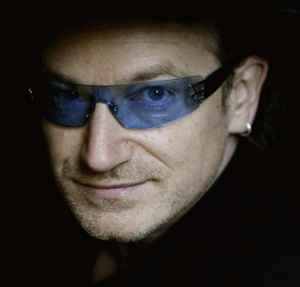 August 6, 2014
Bono is an Irish singer-songwriter, musician, venture capitalist, businessman, philanthropist and a true gentleman. He is best known and recognized as the frontman of the Dublin-based rock band U2 which is one of my favorite bands of all time. He is also known for his super cool sunglasses that are highly collectible and are some of the nicest shades you will find on the planet. I have seen Bono and U2 perform many times. These were some of the best concerts I have seen and I have seen all kinds of artists and bands perform. The best word to describe a U2 concert is “AMAZING”. Bono and U2 have been rockin since 1976. I hope they will continue to keep on ROCKIN for many more years to come!!! Bono and U2 are in the rock and roll hall of fame and most deserving. BONO and U2 Rule!!!
Reply  See 2 replies Notify me 1 Helpful

Merzdős number by lehapanin666
Behind The Lens by Oliviaka
musicians seen live on stage by pabloni
Random Place 4 Random Tracks by Oliviaka
Artists performing under a pseudonym, stage name or nickname (a name other than their real or birth name) by Sacstracks
“VH1’s Top 200+ “Pop Icons” Of All Time” by crimsonmetal74
Mesmerizing Male Voices by Oliviaka
Top 10 - Pretentious Men by spinmarket
Tu Cara Me Suena 1 [2011] España. by AaromGustinmondir
Rolling Stone 2005 by indy133
View More Lists →