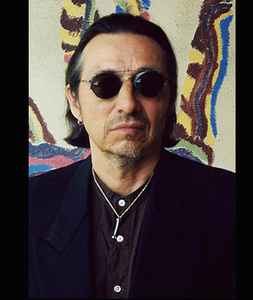 Real Name:
John Trudell
Profile:
John Trudell (February 15, 1946 – December 8, 2015) was an acclaimed poet, national recording artist, actor and activist whose international following reflects the universal language of his words, work and message. Trudell (Santee Sioux) was a spokesperson for the Indian of All Tribes occupation of Alcatraz Island from 1969 to 1971. He then worked with the American Indian Movement (AIM), serving as Chairman of AIM from 1973 to 1979. In February of 1979, a fire of unknown origin killed Trudell’s wife, three children and mother-in-law. It was through this horrific tragedy that Trudell began to find his voice as an artist and poet, writing, in his words, “to stay connected to this reality.”
Sites:
johntrudell.com, MySpace
Aliases:
Grafitti Man
Variations:
Viewing All | John Trudell
J Trudell, J. Trudell, JT, John Trudel, Trudell