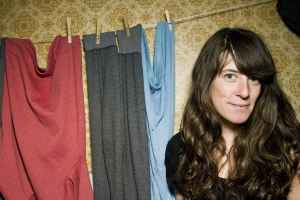 She joined her then boyfriend Rick White in the band Eric's Trip from 1990 to their split up in 1996.

In 1990 she started her own record label Sappy Records to release cassettes by Eric's Trip and from 1993 on also vinyl by the band and other projects, including her solo work as Broken Girl. She was joined by her later husband Jon Claytor in 1994 which whom she ran the label till 2000, when it went into hiatus. It was shortly revived in 2006.

A year later she signed with Sub Pop and started releasing under her maiden name.

Since late 2005 she also performs with Shotgun & Jaybird, who in turn support her during her solo tours.