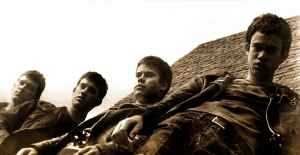 Profile:
Hard rocking new wave band formed around the Armstrong brothers in Linden, Johannesburg in 1980 that played a subversive, fanatically independent, high pressure brand of rock that they themselves referred to as "Stormtrooper Pop".
Three albums were released between 1983 and 1989.