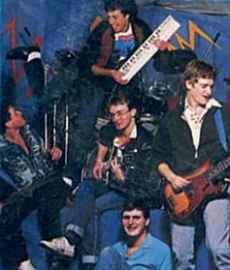 Profile:
Pop/rock band, originally from Cape Town but now based in Johannesburg, that, with its afro-fusion influence played their part in the anti-apartheid movement of the time and had a fair measure of success along the way.

Their track "Weeping" is widely regarded as one of the finest songs ever to emerge from South Africa.