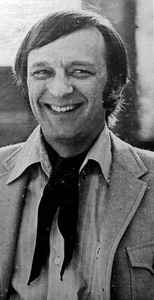 Real Name:
George Albert Tipton
Profile:
George Aliceson Tipton, also known as George Tipton (born January 23, 1932 - died February 12, 2016) is an American composer, musical arranger and conductor, who is well-known for his work in television and for his collaborations with singer-songwriter Harry Nilsson.

Among Tipton's works are the themes for the TV shows Soap and its spinoff Benson, It's a Living, I'm a Big Girl Now and Empty Nest, plus incidental music for numerous shows, including The Courtship of Eddie's Father, Soap, The Love Boat, Heartland, The Golden Girls and The Golden Palace. He also wrote music for the movies Badlands and Phantom of the Paradise and Harry Nilsson's animated film The Point, and for the television movies The Affair, Hit Lady, I Want to Keep My Baby!, Mulligan's Stew, The Gift and Gidget's Summer Reunion.

His arranging and conducting credits include numerous hits by Jan & Dean, Sunshine Company and José Feliciano's hit cover version of "Light My Fire" by The Doors. He was one of the main arrangers on the albums of Leonard Nimoy during the late 1960s.

Tipton is arguably best-known in the pop-rock field for his work as an arranger on singles and albums recorded by singer-songwriter Harry Nilsson during the most productive phase of his career in the 1960s and early 1970s. They met ca. 1964 through music publisher Perry Botkin, where Tipton worked as a copyist and their collaboration began when Tipton put up his life's savings ($2,500) to arrange and record four Nilsson tracks which they sold to Tower, a sub-label of Capitol Records; these tracks were subsequently included on the Spotlight on Nilsson LP. Tipton went on to arrange Nilsson's acclaimed early albums for RCA Records (1967–71), as well as his classic single "Everybody's Talkin'" (which won a Grammy Award), the Skidoo soundtrack, and Nilsson's music for the TV series The Courtship of Eddie's Father and the animated feature The Point!.