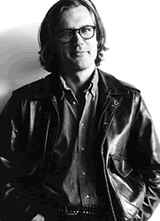 Having produced several instrumental and mixed works, his current endeavors are focused on acousmatic music. More specifically, his compositions employ æsthetic criteria whereby he creates a “cinema for the ear” in which ‘meaning’ as well as ‘sound’ become elements which elaborate his works. Along with concert music he now writes incidental music, especially for the theater.
Sites:
composers21.com