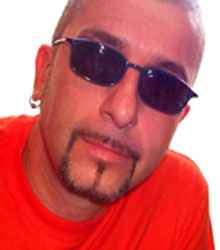 Real Name:
Antony Thomas
Profile:
UK based producer and owner of several labels, including Telepathy Records, Moxi Records, Ambiosphere Recordings, New Era Recordings, Cubic Records, Progress Recordings, Shiva Records. Has produced countless releases and remixes on over 100 labels worldwide under at least 40 different aliases over a 20 year period, as well as many collaborations. Has performed and DJ'd in over 40 countries.

June 19, 2022
Meet The Man that defined and built up an entire genre by himself: Tribal Tech House! Not to take anything away from Chus & Ceballos but I prefer Tony's early 2000s work. Gets my blood pumpin' everytime!
I thank you for the awesome times, Master!
Reply Notify me Helpful