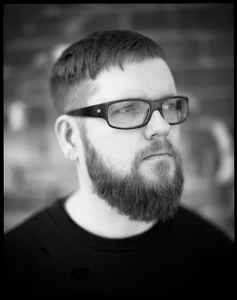 Real Name:
Alexander Kowalski
Profile:
Techno DJ, producer and live performer based in Germany.
He was born in 1978 in Greifswald, German Democratic Republic. He moved to Berlin with his family in 1986. In the beginning of the 90's the first techno releases from Detroit came to Berlin, and Kowalski was a big fan of those. Later on, he started making music on his Amiga, and in 1997 he bought equipment with a friend and arranged a studio. His first production "The Wide Theatre" was then released on the Tresor Headquarters Compilation (Tresor 094) under the name DisX3. At the end of the nineties he became known through his first live acts in Berlins' techno club, Tresor.
Kowalski fuses elements from classic Detroit and historical Berlin techno sound.
Sites:
alexanderkowalski.com, Facebook, gigs.gigatools.com, Twitter, MySpace
Aliases:
C-Mem, d_func., DisX3, Mr. Discotheque feat. Mrs. Caketooth, The Black Chamber
In Groups:
4K (3), Double X
Variations:
Viewing All | Alexander Kowalski
A. Kowalski, A.Kowalski, Alex K., Alexander Kowlaski, Alexanderkowalski, Alexandeᴙkowalski, Kowalski, a.Kowalski

It's the Kanzleramt sound; brilliant label & Kowalski is definitely my favourite producer of all times!; Echoes -> Progress -> Response, each album a fantastic journey through sound and slicker & deeper each time too.

January 16, 2004
Echoes and Response are extremely well produced albums. Definately my kind of techno. Hard driving yet deep and soulfull techno. Somehow his style reminds me of Johannes Heil a bit, another one of my favorites.
Reply Notify me 3 Helpful