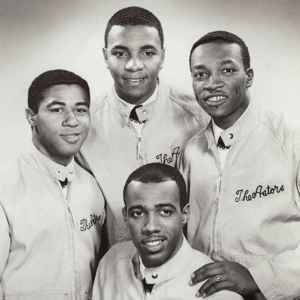 Profile:
Vocal quartet from Memphis, TN. They started out in 1958 as The Duntinos and in 1961 they became The Chips (2), after the name of their producer Chips Moman. With that name they recorded one single at Stax. In 1963 they changed their name to "The Astors" and released four singles at Stax and five more at Ace through Stax.
Eliehue Stanback is referred as Eddie Stanback.
Members: Curtis Johnson, Eliehue Stanback, Sam (Byrnes) Jones, Richard Harris
Sites:
staxrecords.com
Aliases:
The Chips (2)
Members:
Curtis Johnson (10), Eddie Stanback, Harold Johnson (15), Sam Jones (34)
Variations:
Viewing All | The Astors
Astors